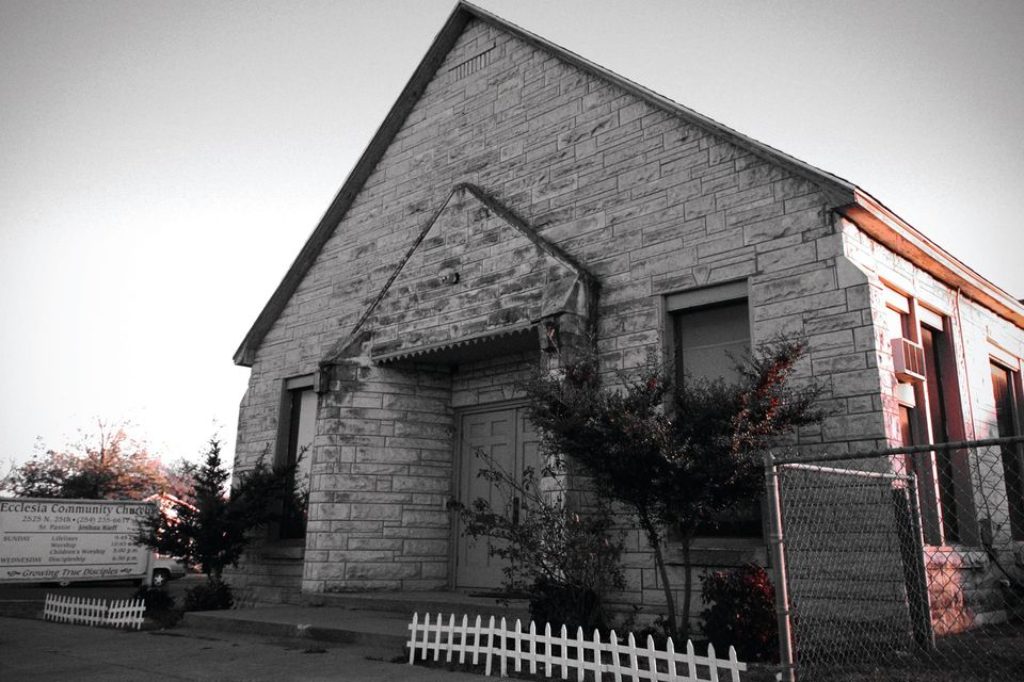 Ecclesia Community Church’s building, which was gifted to them by Christ the King Baptist Church

Ecclesia Community Church is a giving congregation that has experienced God’s provision from the very beginning. A relatively young church, Ecclesia’s origins came about eighteen years ago in 2003 when members of New Beginnings and Hope Fellowship met and began to discuss a merger. As that conversation was taking place, Christ the King Baptist Church was having a different discussion about their old building. Ultimately, all of these talking points coalesced as New Beginnings and Hope Fellowship merged to form Ecclesia Community Church and Christ the King gifted their old building to the new congregation. As they accepted their new facility, Ecclesia agreed to continue Christ the King’s neighborhood children’s ministry. Thus, a new congregation was formed with a mandate for ministry.

In the years since its inception, Ecclesia has faithfully honored its commitment to minister to the children in its community. This has meant years of Vacation Bible Schools, school supply backpack give-aways, and weekly children’s programs that have seen children grow and graduate. Over the years, the number of children who attend has fluctuated, but the ministry has continued regardless of numbers. A highlight for Ecclesia members now is when they hear about their ministry’s impact on young adults who attended Ecclesia’s activities as kids.

Because Ecclesia’s primary ministry has been to the neighborhood children, the congregation can properly be called a neighborhood church that seeks to minister to the needs of the immediately surrounding community. As the congregation looks to the future, a particular hope is to expand its ministry to the parents of the children they see week in and week out. At the same time, the congregation is open to God’s leading. Connor Griffin, a newly called minister at Ecclesia, notes that the congregation is having live discussions about the mission and vision of “this unique body that is planted in this unique spot in town in 2021.” With a focus on calling and context, the discussion often gravitates to alerting people to what God is doing, how Jesus really can impact their lives, and joining God in what he is already doing in the community. That’s a broad starting point, but Ecclesia’s leadership is confident that God will lead them to specifics in the days to come.

Whatever the future holds, Ecclesia’s family DNA will no doubt prove a mainstay in the congregation’s life. Michael Liga, who has served as a minister at Ecclesia for a little over two and a half years, notes his own experience of Ecclesia’s family culture. Joining the congregation, he says, means entering a space where you have “grandparents, mothers, fathers, sisters, brothers in the faith.” Ultimately, the congregation hopes to bring more and more members of the surrounding community into their spiritual family, offering safe space, hospitality, and relationship.

As Ecclesia moves forward, its members do so with a strong belief in prayer and God’s provision. As has already been noted, God’s provision was present from the very beginning with the gift of a building. Founding member families Ted and Priscilla DeLeon and Kenneth and Nancy Guenat remember numerous instances of God’s provision since. One particular instance was when the church identified a need and prayed that God would supply a van for the congregation. A van was gifted to the congregation the very next day. Because God has been faithful, the congregation trusts he will continue to be so in the days ahead.

To pray for Ecclesia, ask that God will bless the transition of ministerial staff. Connor Griffin was recently called to pastor alongside Michael Liga. Eventually, Michael will follow God’s call away from the congregation to Houston, and Connor will assume full pastoral leadership. Ask that God will bless this time of overlap and transition. Ask also that God will bless current conversations about mission and vision and open doors for ministry to parents and adults in the neighborhood.